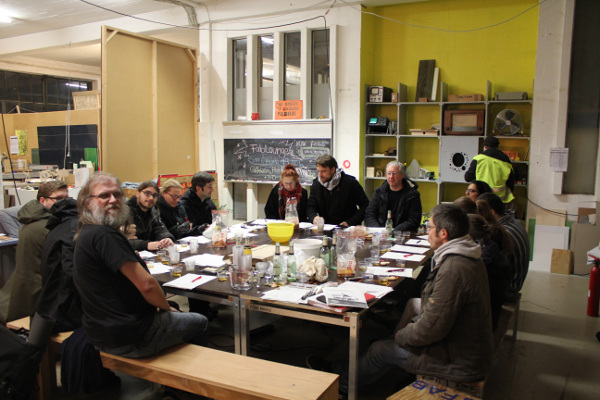 On saturday evening with temperatures around or below 0°C and rain, with streets slippery as hell, 15 people got together at FabLab St. Pauli to experience off-flavours in beer first hand.

The bad parts: we should have tasted the beer warmer. The hall at FabLab was rather cold and we had problems to taste the esters in the pack. The bread I bought was some factory bread that tasted too much of butter and sugar. I will have to find a source for english crackers in Germany.

The good parts: we were 15 people with 10 people being the point, where I wouldn't have to put in money into the event (beer, Siebel kit, bread) and we were able to donate a nice sum to the FabLab. 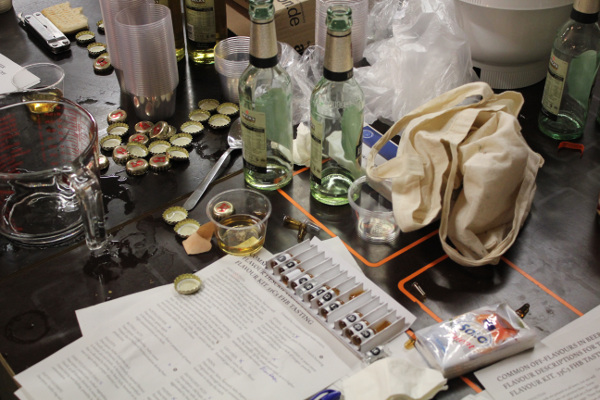 We started to dissolve the samples in 800ml beer, using Beck's Gold to do so, but quickly dialed that down to 600ml. My impression was that many people had problems naming the off-flavour, but most people were able to taste that the 'contaminated' sample was off in some way.

Personally I found it most surprising that I tasted 'old hops' as a kind of cassis or blueberries. Reminding me of holidays in Sweden.

All in all it was an interesting event and went rather smoothly.